Important: You will need two decks for this event. The entry code is found in the registration form. 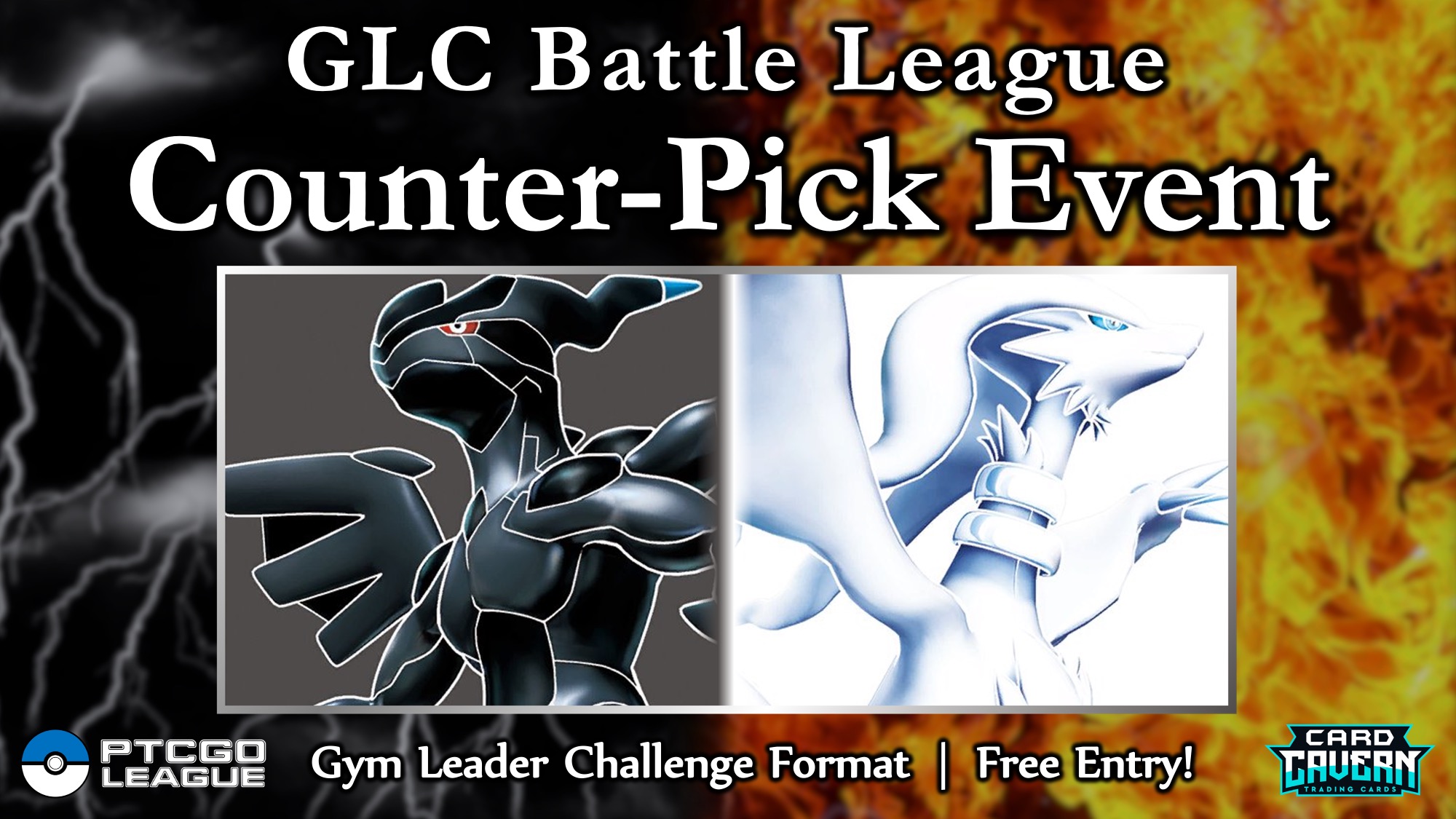 About the GLC Battle League:

For those interested in the Gym Leader Challenge format, we are running a special 3-month GLC Battle League. Participants are invited to play as often as their schedule permits. We will be keeping a leaderboard, with the top players invited to a finals tournament in July. Hosted by MikeIsMyIke on the PTCGO League Discord Server.

Register for the tournament here on Limitless prior to the start of the event. Submit your two decks via this form.

Since we are opening registration a week out, you'll also need to complete Check-In (opens 48 hours prior to the start time) to confirm that you intend to play.

IMPORTANT: This is NOT a live event! Players will have 3 days to complete each best-of-3 match with their opponent. Players are responsible for timely contact with their opponent to coordinate a time to play. If you are miss check-in or are unresponsive to messages from your opponents or the organizers, you will receive the match loss.

This tournament features unique "counter-pick" rules. Each player submits two decklists via the online form, where you can also see the code/password. Each deck must follow the current rules of the Gym Leader Challenge format. Out of the three games in a 'Best of 3' round, the loser of a game may change to their other submitted deck for the next game. The winner of a game must use the same deck in the next game.

Strategically, it might be a good idea to create different decks to cover more advantageous matchups. Or perhaps you just have two fantastic decks that you think should overpower the competition. Whether it be from weakness matchups, game pace, or strategic counterplay, there's a great variety of ways you can use two decks in synergy.

As an example, the three games of a round may sequence as follows:

Submit your two decks via this form.

Decklist submission is required prior to the start of the event. Once matches begin, decklists will become public knowledge. Each player will be sent a list on Discord for the full roster of players and their decks.

You will play a best-of-3 set against your opponent; the first player to win 2 individual games is the match winner. The winner advances to the next round; the loser is eliminated.

We offer flexible scheduling; players will have up to 3 Days to complete their match against each opponent. You MUST check in on Limitless and contact your opponent within the first 24 hours of the round or you will receive the loss.

Wins are worth 1 point. No points are given for ties or losses.

Need Help?: Please notify the organizer immediately if you have any concerns. Use the Request a Judge button here on Limitless or get in touch with @Ketchi#1211 on our league's Discord.

Prizes are PTCGO codes as outlined below.

Tournament prizing is provided by Card Cavern Trading Cards. Codes will be delivered to players here on their rewards page.